GameStop (GME), DogeCoin, Bitcoin, AMC Entertainment …… What do they all have in common?

“In the short-run, the market is a voting machine, but in the long-run, it’s a weighing machine.”Ben Graham

This classic quote, often mentioned by Warren Buffet at the end of his shareholder letters, describes the emotional exuberance found in short term investing, which is eventually corrected in the long term by logic and fundamentals.

Back in August 2020 a trader by the name of DeepF***ingValue (DFV) posted on his twitter feed that he felt GameStop was a fundamentally good buy, and didn’t deserve the hammering it was getting from short sellers in the markets. He went on to describe how the short pressure was so intense, that if this was broken by some buying pressure a “short squeeze” may occur where the hedge funds panic and are forced to quickly unwind their short positions.

12/ That’s all for now cuz I’m out of breath. FYI here’s a quick 4min video I put together to summarize the $GME bull case… it’s followed by some other deeper dive $GME videos: https://t.co/gV2i7QiyYB

On another website called Reddit, his regular GameStop (GME) forum posts were already well established. Each month DFV would post an update on his GameStop investment on the infamous WallStreetsBets forum, going all the way back to 2019. A full track record can be seen on the link below: 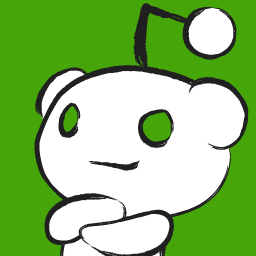 Reddit's largest GameStop (GME) trader
Where the story all began. A daily track history of how an investment of $50k reached heights of more than $40million, in just a few months.

He gained legendary status as a small time trader taking on the Goliath of the big hedge funds who were betting on GameStop’s demise.

Gamestop and DFV begin to go viral throughout 2020, as a bastion for small time traders. As his popularity grows, more and more small time investors start to buy GME through trading applications such as RobinHood. Indeed 2020 has seen some of the biggest inflows into the stockmarket from retail investors, as they look to capture on the stockmarket recovery after the initial COVID collapse.

As we enter the new think, the meme’s start to explode, and the internet forums are awash with GME gossip, about the possibility of taking on the hedge fund short sellers and forcing a “Short Squeeze”. Indeed investors look for other companies approaching bankruptcy such as AMC Entertainment and also start investing heavily.

As we approach the end of January 2020, the emotions run high, and money piles into buying both of these stocks. This puts weight on those going short, and eventually there is capitulation from the shorts, in both GME and AMC ….

The chart above shows the GameStop share price, trading close to $4 towards the end of 2020, as concerns grew it may enter bankruptcy, along with many other high street brands. Prior to 2021 it had only ever reached peak prices of around $50. So it could be said under fair market conditions, GameStop was only ever valued at $50 at it’s prime.

In January, as GME approached $50 (the previous historical highs) something interesting happens. It seems the market “collapses” upwards, the reverse of the usual stock market collapse downwards. The reason for this is that the huge bets that the hedge funds had made on the stock price going down, were now turning into ginormous liabilities. They had to escape quick. The way of closing a short position, is to buy. So all of a sudden billions of dollars worth of stock selling had to be reversed, and quickly.

It is the same mechanism that happens in a stock-market downwards collapse (but in reverse). When a market collapses, all those that have bought shares, suddenly have to sell them to avoid losses. This creates panic as the share price falls, which further increases the need to get out of positions quickly. There is no one to buy, and too many wanting to sell. The market keeps falling until it finds a buyer.

With GameStop the “Short Squeeze” was this principle in reverse, everyone wanted to get out of their short position by buying. However, there was no one there to sell too, so the market sky rocketed.

News, opinions, memes, crowd logic, all distort rational analysis. It is human nature to impulsively react when the media, analysts, or discussion groups tell you a stock is “going to the moon”. Somehow the logical part of the brain is bypassed and a connection is made straight from the emotional part of the brain to the finger, telling it to press “buy”.

Every day there are thousands, if not more, good opportunities to invest for logical reasons, with clear exit and entry strategies. Yet, nothing attracts investors more than the emotions of the crowd, and feeling part of something bigger.

This type of emotional crowd logic, driven by online media, is particularly noticeable in the new wave of alternative investments. GameStop (GME), DogeCoin, Bitcoin, AMC Entertainment, are just a few examples of “assets” that have seen recent parabolic rises in price for no logical or fundamental reason. The only reason these assets are bought at these high prices, is in the hope that they can be sold for more to someone else in the future. There is no consideration for value of the product or service, no projection of future returns from the company. It is the closest to gambling that investing can get.

Many will get lucky and make big profits, and they will hit the headlines. Unfortunately, for the majority, eventually the stock market will “weigh” the true value of these assets, and the price will reflect that. This often means large loses for the majority.

With this type of investing there is no definable exit or entry strategy. There is no real position where you know you are right or wrong in the trade. It is just buy-and-hope strategy.

It is true that buying GME at $4 a year ago, with a small position size, could be considered an investment with some logic. If the company goes bankrupt then not much has been lost. If the company recovers, then there is good potential to profit. However buying GME at $200+, which many on the Reddit forum claim to have done, is pure gambling.

Social and all online media has become so inherent in the stock market now, that traders use algorithms to gauge the emotions of retail investors online

Such social media sentiment indicators have become increasingly common. The TradeFollwers website  has a full set of charts that monitor investor sentiment on Twitter, StockTwits, and other media platforms. The data monitors how investors “feel” about a stock, by viewing emotional reactions on social media. This data is then compared to the actual stock chart, to see if there is a divergence or trend between the two.

CloudQuant Data Showcase Catalogs Reddit social Sentiment Index
This algorithm pulls data from the Reddit forum and processes it to create an index of how sentiment is towards different stocks, on the forum.

This phenomenon is as old as the auction markets themselves. In 1636 The Dutch Tulip Markets  over-speculation led to prices for one bulb reaching 10 times the annual income of a skilled worker! Tulips were one of the largest exports for the dutch, and demand was growing fast, but it was the speculators that drove the prices to illogical price levels. Eventually in February 1637 the markets collapsed, as fundamental and logic took over.

This can be seen in smaller ways, every day in the markets. A piece of news or data will be released which creates a frenzy, and the market reacts irrationally. It is usually this time when the larger funds and algorithms enter the market and take advantage of the emotional retail traders.

If you are looking to gamble, then GME and the like could be considered a bit of fun. However they are not sound investments. They are not the type of place you want to put your hard earned money in the hope it will grow for your retirement. Yes, some will win big in these gambles, and they will make the headlines, but unfortunately the vast majority will lose.